When cities began issuing stay-at-home guidance in mid-March, UC Davis professors Katie Peterson (Creative Writing) and Young Suh (Art Studio) had a very personal response. “We decided to take a picture of ourselves hugging each other every day we live under the shelter-in-place order,” Katie says of their family of three. Young takes the photos, while Katie and their daughter are “willing participants in a photographic experiment.”

“The original picture was spontaneous, capturing the feeling at around twilight of relief and desperation familiar to everyone, but especially to parents of young children,” she says. “The images that followed have changed like the weather, because they articulate our emotional weather.”

Katie also shared the following lines, of two people speaking, from Robert Frost’s “The Death of the Hired Man.”

‘Home is the place where, when you have to go there,
They have to take you in.’

‘I should have called it
Something you somehow haven’t to deserve.’

The couple has since started sharing the images via an Instagram account called Hug Your Family; here is a selection of their daily documentation. 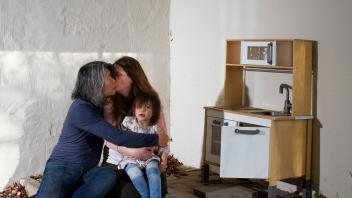 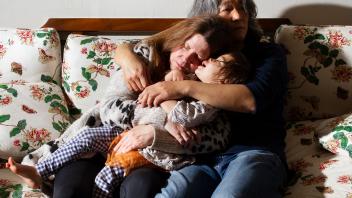 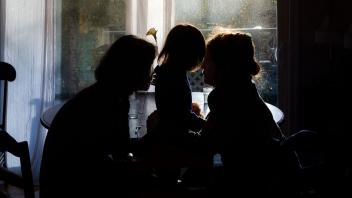 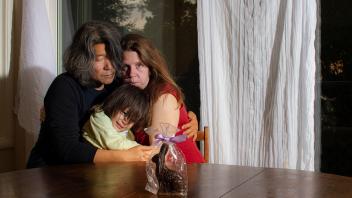 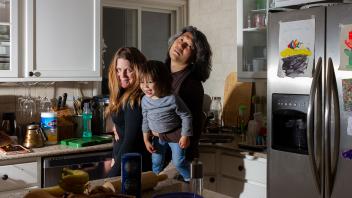 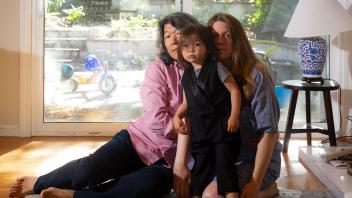