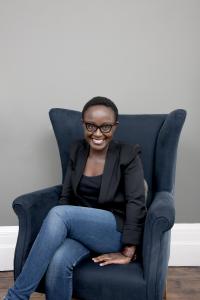 "People are tempted to politicize the fact that I paint black figures, and the complexity of this is an essential part of the work. But my starting point is always the language of painting itself and how that relates to the subject matter."

-Lynette Yiadom-Boakye, from an interview with Hans Ulrich Obrist, Kaleidoscope 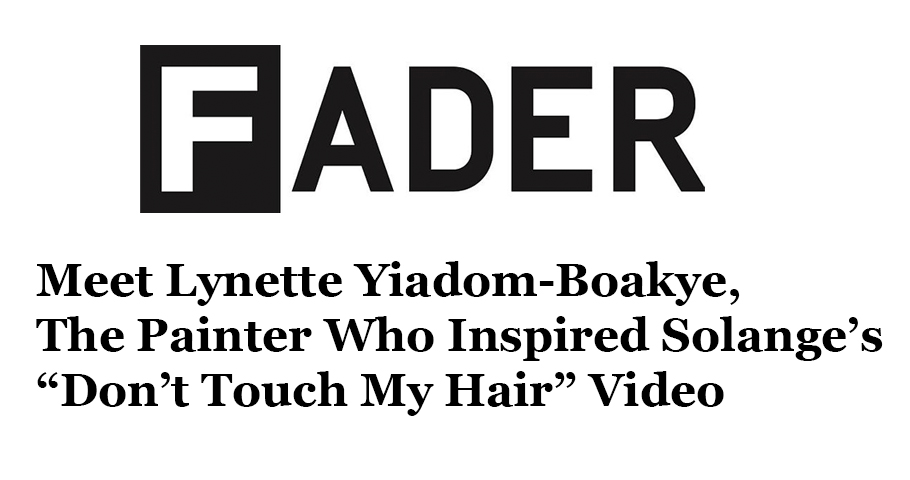 A recent review of Lynette Yiadom-Boakye’s mid-career survey, now on view at Tate Britain, concludes, “Serious painters who stick with it improve with age. So look forward to when she’s a living old master. Although in so many ways, she already is.” The assertion begs the question of what exactly, the phrase “old master” means. It’s certainly not about age; Yiadom-Boakye is not yet 50, and at 100, Thiebaud declined my attempt to apply the term to him. Considering the artists’ common approach, old master conveys a deference to the very practice of painting: it is a fascination with resolving and advancing formal problems; an approach that recognizes the magical capacity of oil paint. “It forms a skin,” Yiadom-Boakye has explained about her favored medium. “It moves like a skin when you paint. There’s something about…. the history that is all encapsulated in oil paint. It’s tried and tested.”[1] This is, of course, just exactly what an old master would say!

Yiadom-Boakye paints fast, typically a painting a day. She lays down fresh oil onto still wet paint, an approach Thiebaud admiringly dubs “premier coup.” He too adopts this “first strike” approach and appreciates its lineage, citing Willem de Kooning as its perfect expression. "Premier coup" requires confidence, muscle memory and commitment. There is no going back. It’s an expression of technical mastery.

“Premier coup” has a long technical history, a wealth of knowledge and mastery built into the concept. It is but one of many signs that Yiadom-Boakye is looking to the history of art to inform her own process of formal invention. “I don’t think of it as influence,” she has explained, “but more as an inheritance.”

Yiadom-Boakye regularly builds her paintings by calling upon the European tradition of figure painting.  “A color, a composition, a gesture, a particular direction of the light. My starting points are usually formal ones.”[2] Her explanation resonates thoroughly with Thiebaud’s own: “I don’t make a lot of distinctions between things like landscape or figure painting, because to me the problems are inherently the same — lighting, color, structure.” Thinking about how a painting takes shape, as much as what it depicts, marks a crucial transformation in Yiadom-Boakye’s work; an idea reaching maturation as she painted Canticle, 2008.

Canticle is an early expression of what would become the artist’s signature style and subject. Two female figures occupy a canvas, each unto their own, and emerge from a dark background. The figures inhabit quiet. The artist was not yet at a place where she would introduce environments, or the companion animals found in her more recent work. Instead, this early diptych expresses solitude.

“Yiadom-Boakye’s people push themselves forward, into the imagination — as literary characters do —surely, in part, because these are not really portraits,” Zadie Smith  wrote in the New Yorker. “They have no models, no sitters. They are character studies of people who don’t exist.” “Imaginary portraits” has become shorthand for Yiadom-Boakye’s work. Her subjects are not anonymous, it’s just that they are suggestive instead of specific. The title (always important for this artist who is also a writer) puts us in a church-going frame of reference. The dresses’ poignant color, set off by their muted backgrounds, bring to mind church-going Sunday best. Canticle may not be a portrait, but its subjects are close to us, even intimate with us, ripe with the intimations of narrative.

Here Yiadom-Boakye and Thiebaud differ. Thiebaud always keeps his subjects at arm’s length, even his wife, Betty-Jean. Her portrait, from 1985, resides easily with Canticle’s women. Each lady conveys a gravitas — a realness — that speaks to a wisdom of midlife womanhood. Serious women are not a common subject.[3] Quiet, confident, exquisite. As much as these paintings portray their chosen subjects, they say even more about the expressive potential of paint when manipulated by an “old master.”

[3] That is, outside of portraiture pursued as a form of historical record-keeping.