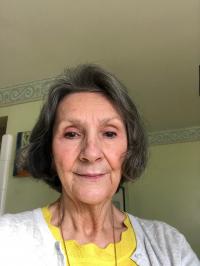 "I studied with Thiebaud when I was a newly minted college student. He is inspirational in his enthusiasm, his drive to get things right and to find the right tension. He is a major influence in the thought process – the intention – in doing the painting, in the relative speed, in recognizing the importance of getting everything on there."

Artist Patricia Wall ('72) in conversation with Associate Curator Susie Kantor. Wall discusses Thiebaud's influence on her work and the compositional approach she takes in her paintings. 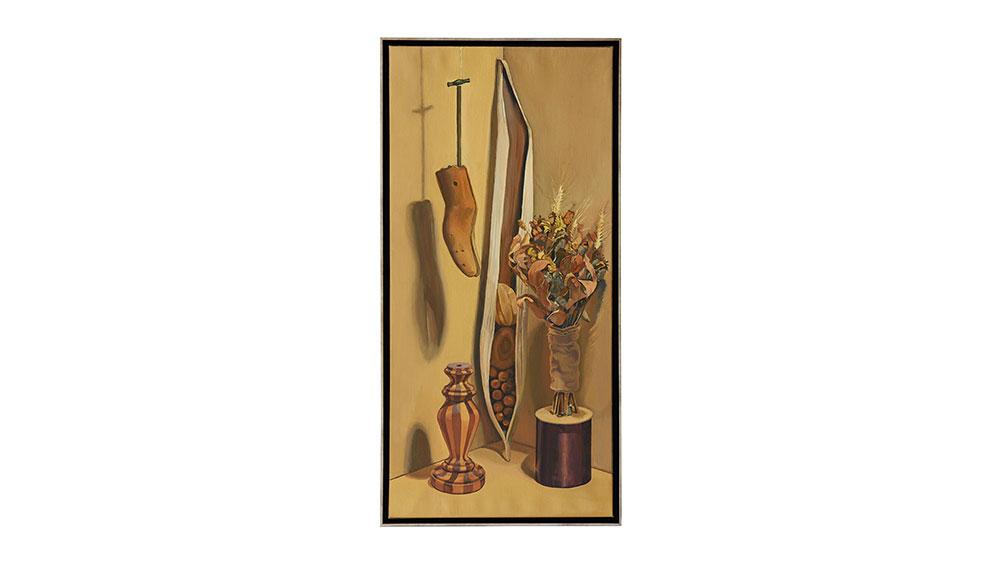 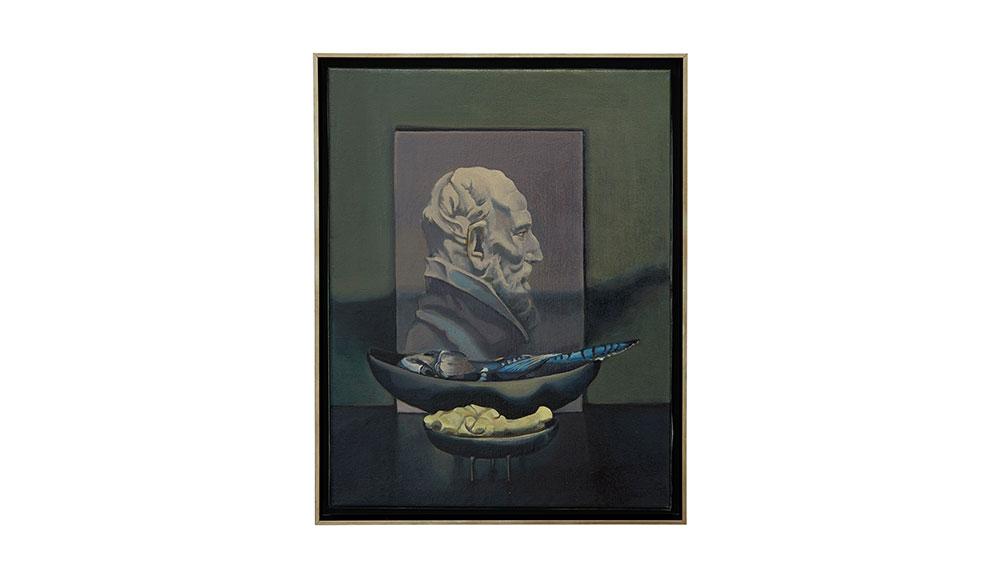 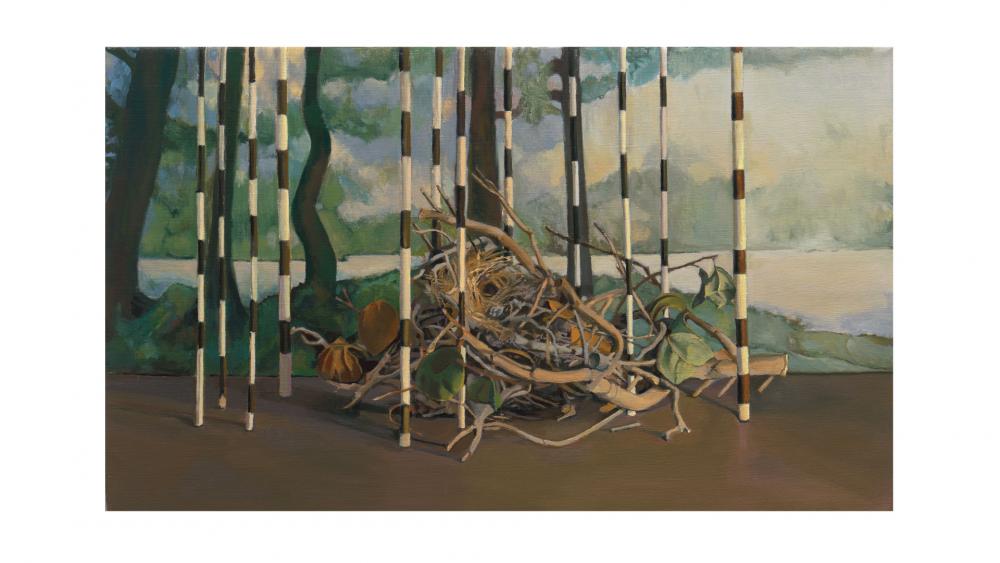 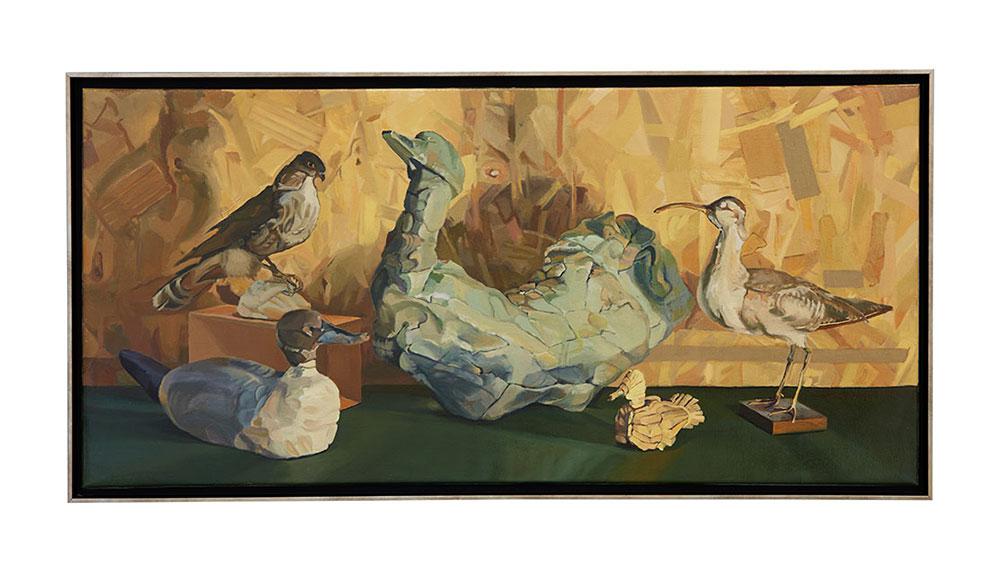 Patricia Wall describes Wayne Thiebaud as a “steady hum” in her life, starting when she studied with him as an undergraduate. He inspired and supported her own 30-year teaching career.

Thiebaud's influence has shown up in other ways as well, most noticeably in her prolific sketchbook practice, which she has described as a way of studying: These “precursor” drawings allow her to find her errors before she has begun to paint on canvas.

“I’m pretty faithful to what I see, but I spend a lot of time creating what I see,” says Wall, who meticulously constructs still life paintings featuring objects sourced from antique fairs, family heirlooms, thrift stores, walks in her neighborhood, friends, and craft and art supply stores. An object may live in Wall’s home or studio for many years before manifesting in a painting; for example, the pole-like figures in Bird’s Nest (2020) were purchased a few years ago, while the various birds in Bird Cluster were collected over many years. Wall is attracted to singular or unusual objects — their shapes, colors, forms, and, most importantly, the stories they tell — collecting and saving them until she finds the right painting. She is always on the lookout, and her paintings often become a search to unlock the mysteries of these objects.

Wall begins her paintings by selecting one of her treasures and adding others that work in relationship to it and one another through form, color or other compositional elements. This often means there’s a juxtaposition that may not organically make sense, but through their placement, the objects begin a conversation. Wall then constructs the paintings with a viewfinder, tightening and refining until she finds the necessary energy and composition. Inspired by what she describes as Thiebaud’s “enthusiasm and drive to get things right,” she uses the viewfinder to help with this precise process of placement, while noting that it also liberates her to choose what she wants.

The artist’s process is evident in Natura Morta (2020), in which Wall includes a shoe form, a bouquet of dried flowers, a lamp base, and a palm husk. These disparate pieces may not be the most obvious of companions, but in her constructed world, recognizable forms take on new meaning together.